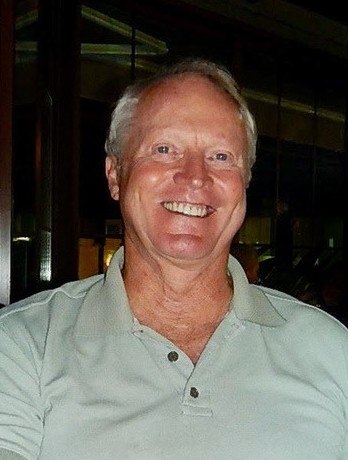 It is with great sadness that the family of Michael Jakobsson announce his passing on March 17th, 2021.

Mike lost his life in a tragic accident on his beloved ranch.

Mike was born the oldest of 3 boys to Bengt and Christina Jakobsson on June 10th, 1949 in Vancouver, BC. The family later moved to a farm in Nakusp, BC.

Mike's love for the outdoors brought him to Whistler in the 1970s where he began the first of many entrepreneurial endeavors. He started his own electrical contracting business and was well respected in that industry. Mike’s passion for the mountains led to his next venture, a Heli-skiing business. He was one of the pioneers that established and built the business model that continues to this day. Next came Heli-hiking, snowmobile tours and the first ATV tour operation in BC.

His passion for all outdoor sports would lead him to become a founding member of the Whistler Canoe Club. He was a serious competitor in Dragon Boat and Outrigger races all over the world.

His next adventure was refitting a 45-foot trawler that he motored from Vancouver to Cuba and through the Panama Canal.

After spending a few years sailing around the world, Mike moved to the Cariboo in 2000 where he made his home on the ranch. There, Mike founded another business, importing and selling 6x6 ex-military vehicles. He loved raising cattle, woodworking, and spending time outdoors on the beautiful property.

If Mike had an idea he simply made it happen, there was no stopping him.

He had a true presence and was highly respected for his intelligence and kindness.

He was a wine connoisseur, a photographer, and a world traveller. Mike particularly loved spending time in Cuba and Fort Lauderdale where he fostered many lifelong friendships. He loved camping, hunting, fishing, diving, boating, and working on his ranch.

Mike was predeceased by his parents and his brother Benny.

Left to mourn his passing are his loving partner Kim, stepson Taylor (Kaylee and Charlie), brother Gordie (Gerri), niece Alyssa (Nick, Naya and Kali), and hundreds of friends too numerous to mention.

He was so loved.

Mike had a wonderful sense of humour, an infectious laugh, a beautiful smile, and a huge heart.

People always say live life to the fullest and seldom do.

Mike did! As his favorite singer Chuck Berry sang, “I got the chance and I oughta take it”.

Kim would like to thank the heroic efforts of the Quesnel Ambulance Crew, Search and Rescue, and the RCMP.

In lieu of flowers, donations can be made to the Quesnel Search and Rescue team.

A celebration of life will be held at the Quesnel Senior's Centre on September 18th at 1:00pm.