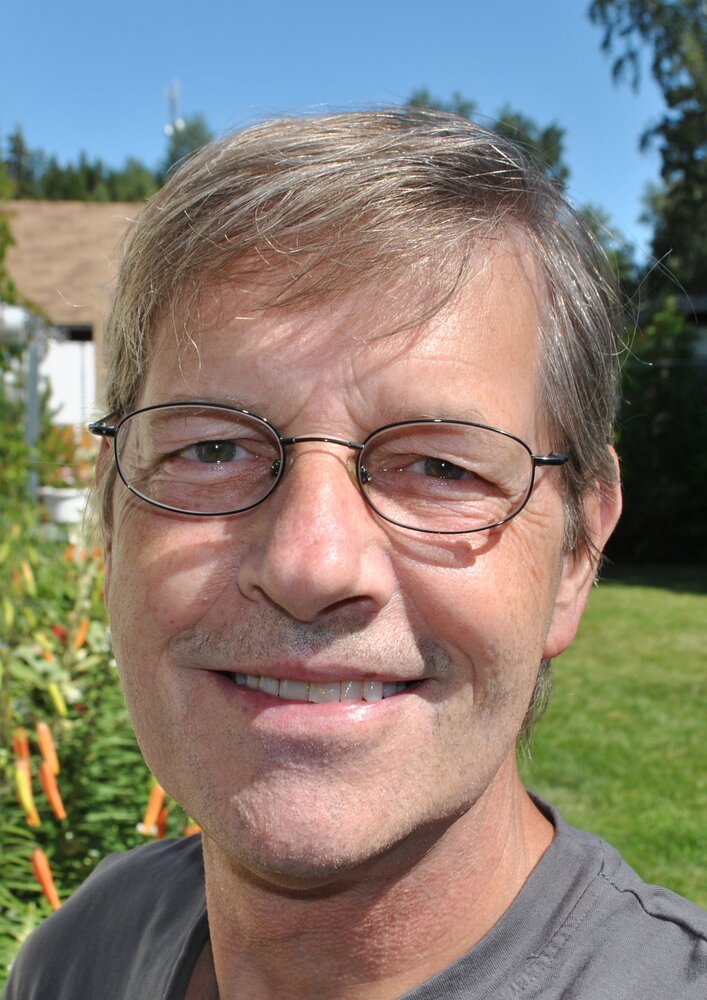 Frank was born in Scotland to David and Jemima (nee Wilkie) Simpson and grew up in Vancouver, BC. He later moved to Quesnel and worked in logging as chokerman, then operated an old Deere Grapple Skidder, and then at West Fraser Mills breaking many production records.

Frank enjoyed coaching soccer and led his team to win championships. It was always a big household event watching the FIFA World Cup. He was a good mechanic, gardener, and inspiring cook. He loved collecting comics and hockey cards, fishing, music (he attended many concerts including The Rolling Stones) and was an avid online gamer. Through his hobbies he met and kept many dear friends that he truly cherished. His neighbours were like family, and he always helped them any way he could, whether shoveling their driveway or fixing their television.

Frank was known for his quick-witted humour, honest opinion, kindness, and compassion. He was a generous and caring father, always there to listen to you ramble on. He was content just breezin’ by in life and finding joy in the simple things. Frank leaves behind his children Darcy (Amy) Perry, Jennifer, Julia, Jordy, Jason (Shannon), and Dustin Thomson whom he loved like a son; and grandchildren Mya Perry, Sophia Thomson, Jesse, Keaton, and Aili; and siblings John (BettyAnn) Allan, Betty (George) Case, Jan (Gerrit) Haverkamp, and David (Denise) Allan; and several cousins, nieces, nephews, and friends. He was predeceased by his parents, sister Sheena (Bert) Hillstrom, and his beloved dog Shadow.

Frank will be missed but never forgotten and as he would say, “Put a smile on your face, and sunshine in your hearts”.

A Celebration of Life will be planned for Spring.

In lieu of flowers, please consider donating to your charity of choice.