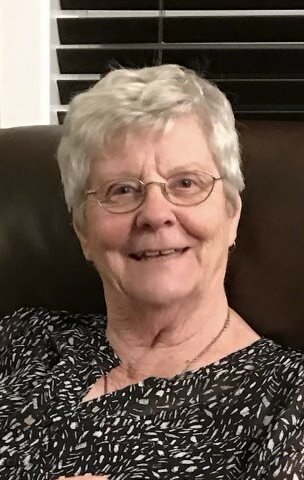 We are saddened to announce the passing of Shirley Kohlhauser on September 16th, 2022 after a long and hard fought battle with cancer.  Shirley is survived by her loving family who were by her side when she passed; husband Tony of 59 years, son Terry (Christine), daughter Deanna (Joel), grandkids Devin (Danielle), Aly (Mike), Jake and Josh.  Shirley has one great grandson, Kayce who could instantly brighten her day.

She is also survived by three sisters Marlene, Diane and Janet and brother Gary.

Shirley is predeceased by her parents, Joe and Margaret Schweitzer.

Shirley and her family were longtime residents of Kersley where she loved to  entertain, cook, garden and play horseshoes and golf with her many friends.  Later, she and Tony moved to Quesnel where she enjoyed watching curling, hockey and especially her grandkids sports.

The family would like to thank Shirley’s medical team, palliative care teams and her many friends that fought alongside her and supported the family during this journey. As per Shirley’s wishes, there will be no service at this time.  In lieu of flowers, donations can be made to Quesnel Hospice, Prince George Hospice or the Kordyban Lodge.