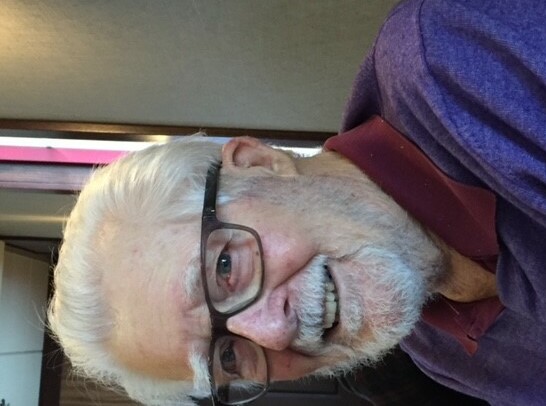 It is with great sadness the family of Brian Rankin share the news of his peaceful passing at GR Baker hospital the evening of March 10th, 2022, age 93, the end of a life well-lived.

Born in Northampton England in 1928, his early childhood memories were filled with stories of the 2nd World War – of planes being shot down and of being under a table when a bomb hit a neighboring house. Brian attended Berkhamsted boarding school for boys where he received a formidable education. In 1945 at the age of 17 he signed up for the British Navy and received training to become a wireless operator, learning morse code.

After leaving the Navy he took a position as a clerk in an import/export company; work that took him to Holland (where he learned Dutch) and then to Indonesia. In 1952 Brian met the love of his life, Ann Winning. They were married in 1953 and had four daughters. In 1962 Brian began a night school program to qualify as a Chartered Accountant. After 4 years of apprenticing as a clerk during the day and studying at night, he passed his exams and qualified as a CA. In looking for a permanent position he spied an ad for a firm in Quesnel looking for accountants. Being a relatively young and adventurous couple, Brian and Ann decided to accept the offer of employment from Rigsby Lea Accounting. In April 1967 they packed up limited possessions and arrived in Canada.

Life in Quesnel was vastly different than it had been in suburban Bromley just outside London. Brian often talked about how they were struck by the friendliness and the informality of work and life in Quesnel.  He captured the essence of the move in his memoirs: ‘Everybody we met was the same, we could not possibly have come to a friendlier place.  Eventually we got used to the way total strangers on the street would say “hi” and smile, and it was a far cry from the colder social atmosphere of London.’

In July 1985 Brian set up his own accounting office. He served in various capacities with the Institute of Chartered Accountants and was named a Fellow of the Institute which he considered a great honour. Brian was community minded. He was a member the Royal Canadian Legion and volunteered with the Fraser Village senior home for many years and he served one term as Councillor with the City of Quesnel. One of Brian’s most satisfying endeavours after he retired was helping to establish the Quesnel Community Foundation in 2001. He served as the Foundation’s first president. The Foundation became a focus of his life; he strongly believed in the vision of building a legacy fund to support community service groups. He wanted to make Quesnel an even better place to live.

When not busy working, and once his daughters had left home, Brian and Ann spent many weekends camping in the Chilcotin and Cariboo. Brian would fish the small lakes while Ann sat comfortably at the campsite reading a book or knitting. He was an active member of the Quesnel Golf Club, serving as handicap captain before computers and databases. He played with a regular foursome well into his 80’s and he enjoyed skiing at Troll until he was 75.  Brian loved reading the Globe and Mail and every day he completed the Cryptic Crossword. His love of word games has been life long. Later in life, discovering he liked using an IPad, he would play scrabble with his daughters online, which was a great way to connect. Another favourite pastime was playing duplicate bridge at the Senior’s Centre. He also played with ‘the guys’ every Friday afternoon until Covid arrived! Latterly, Brian moved to Maeford Place where his talent for word games and his memory for the lyrics of old songs generated fond responses in that caring community.

Brian is survived by his daughters Sarah (Norm), Janet, and Anna (Fred) six grandchildren (Richard, Joanne, Megan, Amber, Jake and Hannah) and five great grandchildren. He was predeceased by wife Ann in 2011 and daughter Katy in 2019.  He will be greatly missed.

The family would like to thank the caring staff at Maeford Place, Dr. Van Dyk and Fab at Quesnel Medical Clinic and the nurses at GR Baker. We are grateful for their skill and especially their kindness. In lieu of flowers, donations to the Quesnel Community Foundation (Rankin Family Fund) are gratefully accepted. Messages to the family may be sent to rogger@shaw.ca.

There will be a private family service held at a later date.

Share Your Memory of
Charles
Upload Your Memory View All Memories
Be the first to upload a memory!
Share A Memory