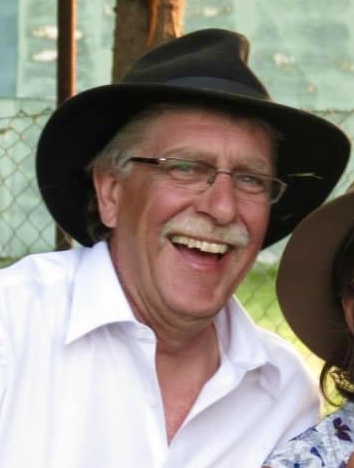 Peter Richard Goyer (Pistol Pete), 62 of Quesnel, BC passed away suddenly on February 15th, 2022 at his home.

He eventually moved to BC and started one of his many adventures in the winter as a trapper on the Fort Liard River. During off season Peter made his way to Wells, BC for the Wells Whoopee Celebration as it was called and met his wife Jodie who he spent the next 38 years with.

Peter came from a long line of talented craftsman and he utilized all of these skills throughout his life.  He, together with his wife Jodie, built their first home, on Raven Ridge Road along the Barkerville Hwy There they raised their two sons, Richard and Jared.

Taking full advantage of the natural wonders surrounding the new home, Peter really enjoyed hunting and it became a favorite activity for the whole family.

As a welder and fabricator in the construction industry, the nickname "Pistol Pete” came from the many friends that he worked with throughout his life.

He lived his dream of building jet boats and roaring up the Quesnel River and testing his boats out with family on the lake.

His other passion was gold mining. Peter and his dog Bailey would spend many months together at the claim, joined in by Jodie and other family and friends throughout the season. He enjoyed teaching his grandsons to gold pan and taking them for rides in the excavators.

With the gift of the gab, a generosity to strangers, Peter was able to make friends everywhere he went.  Peter didn't follow any paths, but blazed his own trail.

Pete is pre-deceased by his son Eric and his parents Jack and Evelyn. Survived by his wife Jodie, sons Richard and Jared (Tamara), grandkids Weston and Colt and siblings Joanne (Ted), Kathie (Ray), John and Mary (Barry).

He will be incredibly missed by his loving family, friends and anyone who had the pleasure of knowing him.

Share Your Memory of
Peter
Upload Your Memory View All Memories
Be the first to upload a memory!
Share A Memory