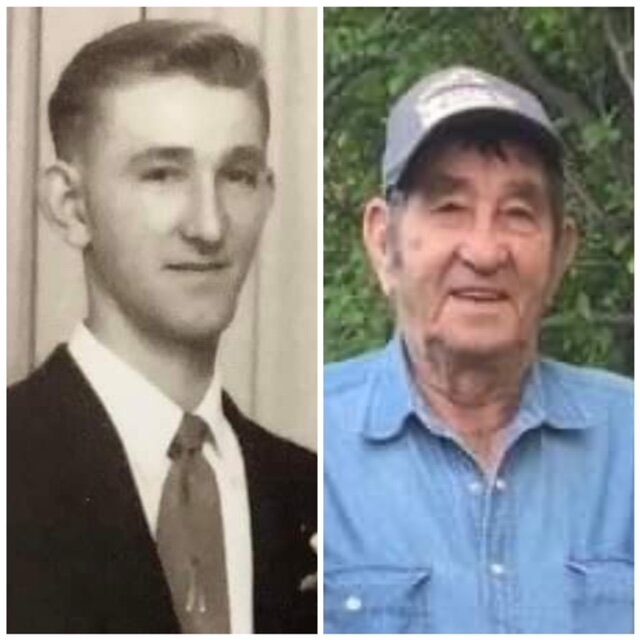 Lloyd truly will be missed by the love of his life Margaret and his 3 children and their spouses, Terry & Al, Barb & Michael, Greg & Russ.

As well, he leaves behind his brother Russ, sisters-in-law and brothers-in-law, 19 nieces and nephews and their families. 3 grandchildren, their spouses, 4 great grandchildren and one on the way.

Lloyd moved with his father in July of 1948 from Saskatchewan. The rest of the family followed later that year.

Lloyd worked in one of the many mills around Quesnel at the time. Eventually he worked for the City of Quesnel for over 34 years, retiring in 1989 as Superintendent of Utilities. Lloyd was also a member of the Quesnel Volunteer Fire Department for many years.

He loved his sports, playing softball, hockey, curling and golfing. He was a very passionate card player to the end. Many years he and Marg attended the Quesnel Old Time Fiddlers dances which they loved. They travelled Canada many times from coast to coast to coast, explored back country BC, New Zealand and Australia.

He will be missed and remembered by many life long friends.

Details of a service will be announced at a later date.

An Open House will be held Saturday July 9, 2022 from 1pm to 5pm at the Quesnel Royal Canadian Legion Branch 94

Share Your Memory of
Lloyd
Upload Your Memory View All Memories
Be the first to upload a memory!
Share A Memory