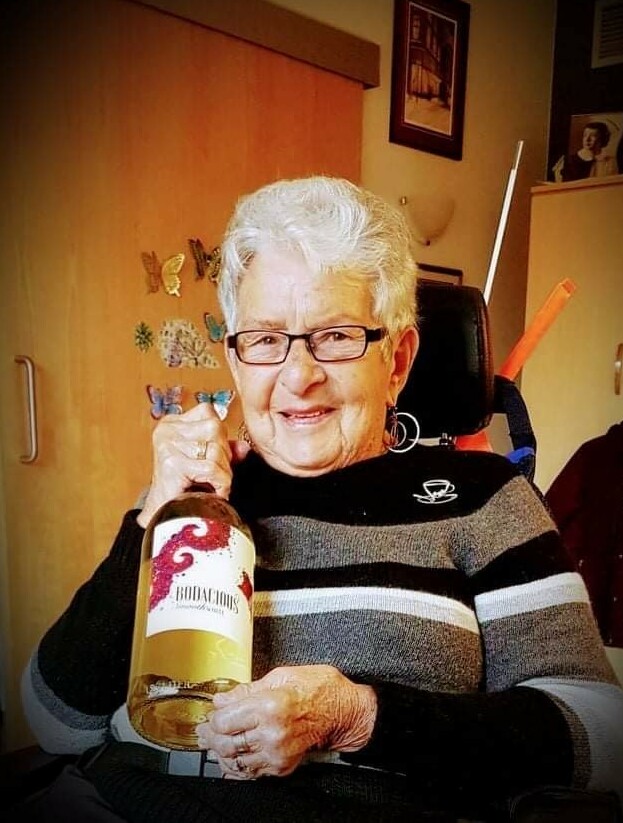 Margaret Elizabeth Harrington (nee Rossos) died January 25, 2022 in Quesnel, B.C. at the age of 90. Margie was born in Stellerton, N.S. June 19, 1931 to Emma and Nicholas Rossos. She grew up along with her two beloved older brothers John and George in Sydney N.S.

Margie graduated from St. Martha's in Antigonish as a Registered Nurse. She married Bernie Harrington in 1954 and they had two children, Chris and Nancy.

Margie and Bernie were true Canadians as they lived across Canada including Manitoba, NWT, Alberta, and B.C., although it must be said that Margie's heart was always in Cape Breton.

Margie loved gardening, scuba diving, her tattoos, wine, books, tropical travel, spicy food, good friends and most of all her family. She was a proud Greek Cape Bretoner, had a wicked sense of humour and rarely forgot your name.

The family would like to thank the compassionate, exceptional staff of Dunrovin Park Lodge. All seniors should have such care.

Margaret was predeceased by her husband Bernard and son Chris.

A memorial will be held at a later date.

If so desired, donations can be made in Margie's name to the Dunrovin Park Lodge to purchase perennials for a memorial to her, or to the Sydney, Nova Scotia Salvation Army, 55 Inglis Street, Sydney, N.S. B1P 6J4.