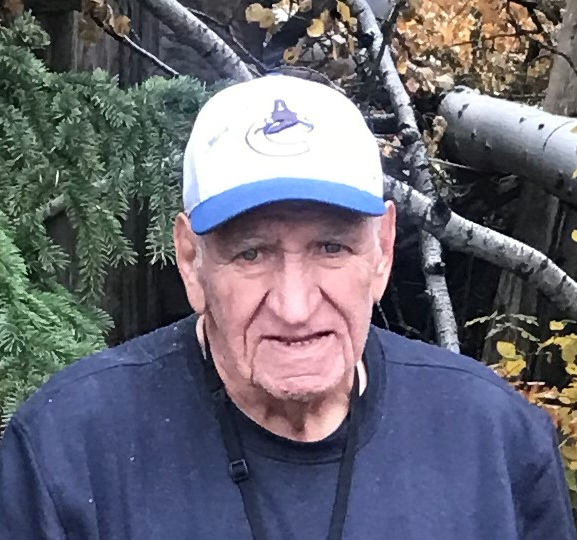 It is with sadness that the family of Eugene Antonio Pascuzzo announces the passing of Gene on the 16th of December 2021 at the age of 85, after a short battle with cancer.

Gene was born on Tuesday, February 25, 1936 at the St Eugene Hospital in Cranbrook, B.C. He grew up on the Staples Dairy, a family farm located on the south edge of town.  Gene was educated in Cranbrook.   He then went to UBC where he obtained a degree in Agriculture and also obtained a teaching certificate.

Gene worked a few years in Ontario for the federal government around the Great Lakes doing agricultural work.  He finally settled in Quesnel in 1963 and began teaching school.  Gene eventually became a principal in the Quesnel school system, a role that he loved and enjoyed.

Gene was very involved in the community and participated in many groups and associations.   High School Rodeo was a focus for Gene for many years.  Gene was also very involved in FARSHA, 4-H, Fall Fair, the Kidney Foundation, Agaware, Patient Advocacy and the Knights of Columbus to name a few.

Gene enjoyed his life and loved living and working on the CloverLeaf Farm, just south of Dragon Lake.  Gene was involved in the Catholic Church and immersed himself in supporting it.   He was a Fourth Degree Knight, a Eucharistic Minister and active in fundraising for the Parish.  He was a well-known Lector(reader), both at mass and special events.

The family would like to thank the neighbours and friends, who lent Gene a helping hand, as well as all the health care providers that looked after him.  Doctor Jawanda, Redwood Residences and the Dunrovin Park Lodge (hospice) staff were wonderful with Gene’s care.

He will be remembered by many for his jovial welcoming smile, his enthusiasm, and his willingness to participate in innovation, all the while keeping a good sense of tradition.  Gene will be deeply missed and though he is gone, he will not be forgotten.

Share Your Memory of
Eugene
Upload Your Memory View All Memories
Be the first to upload a memory!
Share A Memory