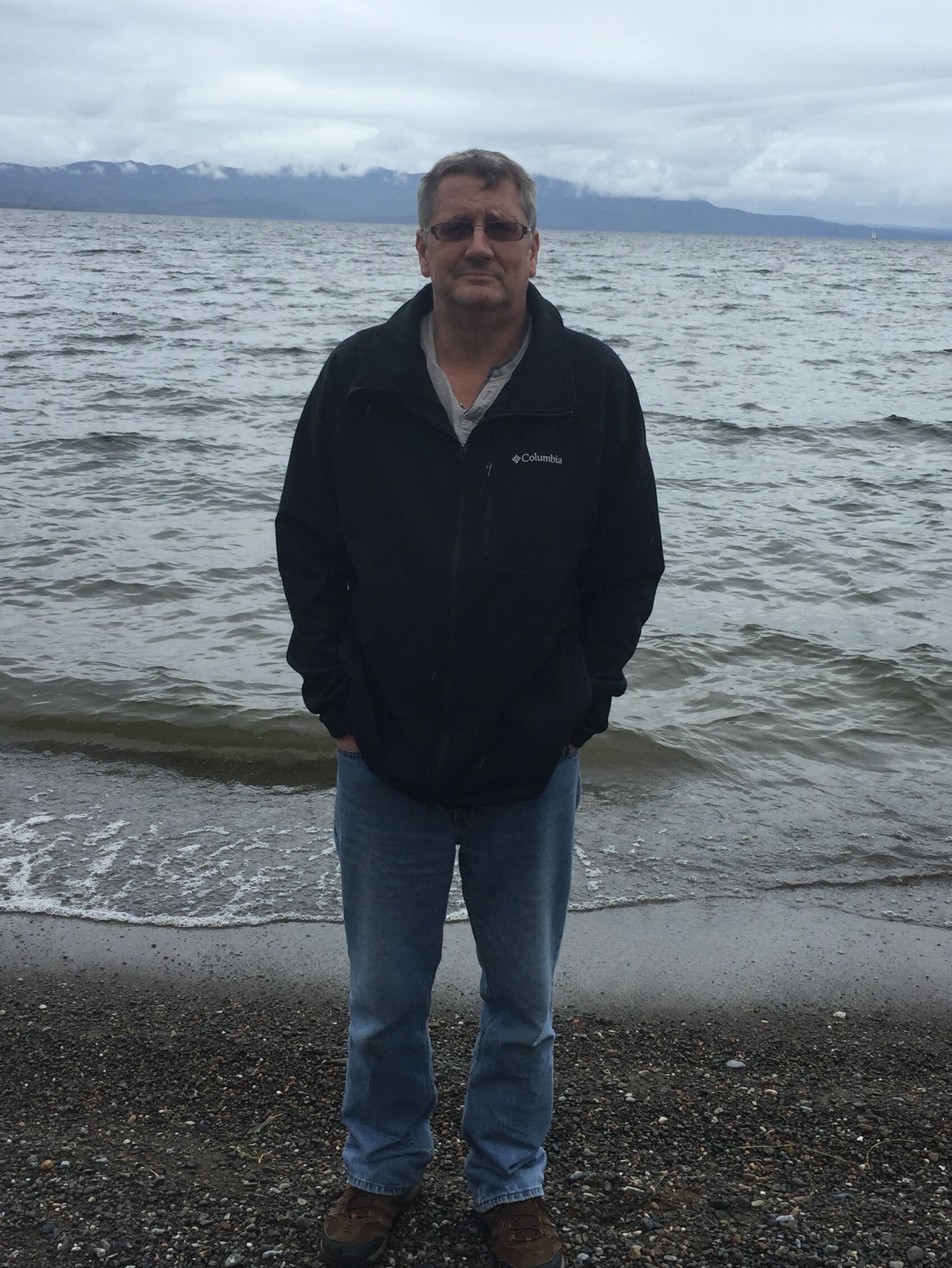 Dave was born in Nanaimo on April 18th 1968 to Anne and James Greenwood. He grew up in Metchosin B.C., where he played soccer, sailed, and co-piloted his father’s plane. As a child his family spent summers at the High Croft ranch in Bridesville, which he later farmed as a teenager to make some extra cash. Dave then went to Camosun College in Victoria and received his 4th class power engineer’s certificate. He moved to Gold River to work in the pulp mill, where he received, as he proudly would state, “an all expenses paid” apprenticeship to become an electrician.  After he discovered his love for electrical, he then found the love of his life, Michelle, through mutual friends in 1992. Dave and Michelle were married in 1996, they honeymooned in Hawaii which became his favourite holiday destination. Dave started his small electrical contracting company DG Electric. In late 1998, with the closure of the G.R. Pulp and Paper Mill announced, a baby on the way, they migrated north to Fort Nelson. Feeling too isolated, in late 2000, they moved to Quesnel, where Dave started at Cariboo Pulp & Paper Co. as an electrician. They finally laid their roots, and had their second child. Dave was known for his problem-solving abilities at work, which eventually lead him into an E & I Specialist position. Always feeling the need to challenge himself, Dave completed the Canadian Securities course, challenged and received his 3rd class power engineer’s certification and his A Class certification in electrical.

Dave was known for his gruff exterior, quick wit, and his intelligence. He was an active volunteer in the Quesnel community. Dave started off slow; testing the waters of volunteerism by coaching both kids’ soccer teams, and joining minor hockey’s executive board. Soon after, he dove into presidency of both the Quesnel Sealions Swim Club and Quesnel Minor Hockey Association (QDMHA). His first objective as president of QDMHA was to get matching hockey socks for every player, as the unmatching hockey socks drove Dave crazy. His ultimate objective as president was to make minor hockey accessible to every child who wanted to play hockey. During Dave’s spare time he enjoyed vacationing, renovating his house in Osoyoos, watching hockey, kayaking, playing poker with his work buddies, perfecting recipes such as bits and bites, attending the occasional concert, and brushing his beloved cat.

Dave is survived by his mother Anne Greenwood, wife Michelle Greenwood, two children, Cassandra (Alvis) Weinert, and Michael Greenwood. He is predeceased by his father Jimmy Greenwood. He will be deeply missed by his family, who describe him as the organizer, planner, problem solver and leader of the family. When faced with obstacles that most people would shy away from, Dave would willingly step in, take charge, and get things done. Most of all, his family will miss his sense of humour, including his sporadic witty comments, his huge, brave, caring heart and generosity.

We would like to thank the doctors and nurses at both the BC Cancer Centre in Prince George and the ambulatory/cancer care unit in Quesnel that were involved in Dave’s care.

Dave was a great guy to have around, and will be missed by his family, friends, and all who knew him.