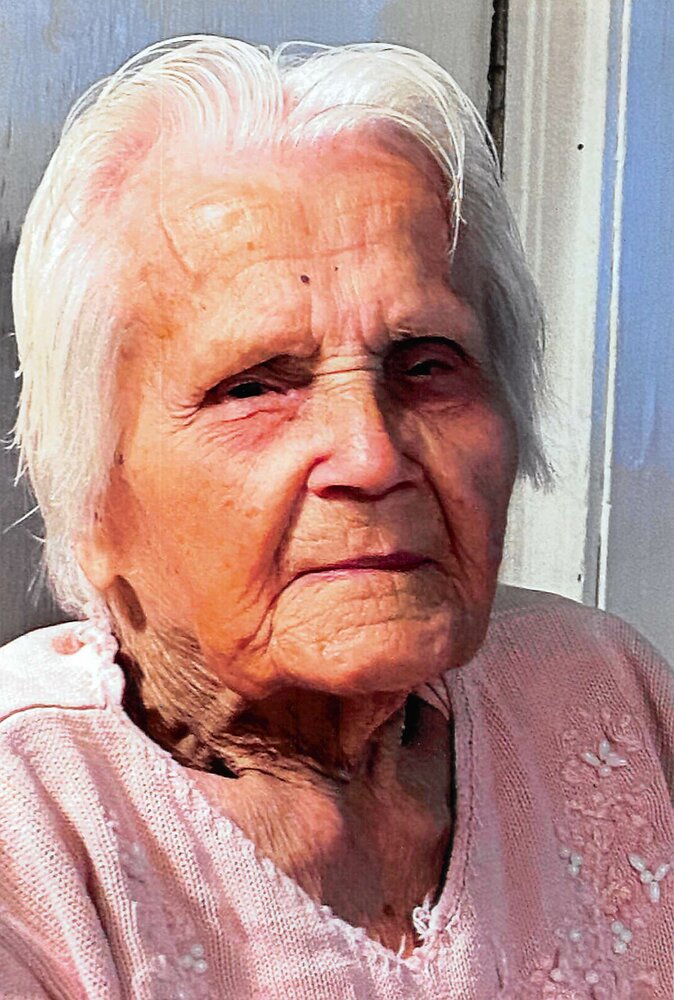 Born in Kovel, Poland on October 8th, 1927 and immigrated with her family at the age of 2 to Canada.  They landed in Halifax, NS and moved to Saskatchewan where she grew up.  In 1949, Olga married Leonard Stolz and together they settled in Quesnel, BC in 1951.  She and Leonard moved to Wells, BC for a short time but returned to Quesnel in 1965.  Losing her beloved husband in 1998, she carried on and lived in the very same house for another 23 years.

There will be a gathering to celebrate her life at 1921 Cypress Road at 1:00pm on Sunday, September 19th.  The invitation is open to anyone who wants to join us for conversation and refreshments.

Share Your Memory of
Olga
Upload Your Memory View All Memories
Be the first to upload a memory!
Share A Memory