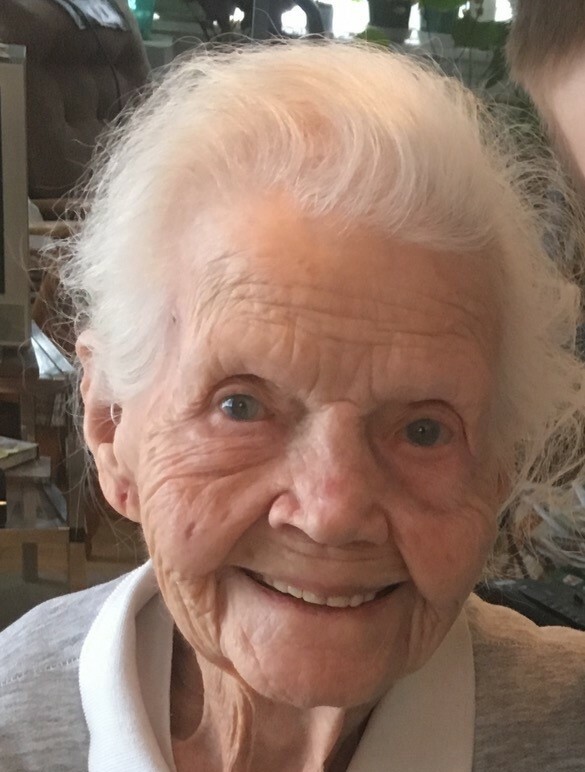 The family of Tyra Richter is saddened by her passing.

She was raised in the Merritt area on her parents farm with her five siblings.

She met and married William (Bill) Richter on June 7, 1941. They traveled North and lived in WElls before moving to Quesnel where thy raised their family of three boys, Bill, Eric and Glen.

Tyra worked in accounting at GR Baker Hospital, then the Holley Clinic, and finished her career at Scholl District 28.

Tyra loved music from the time she was a little girl and played the accordiaon and harmonica. She was a member of "The Windy Reeds" for many years playing her harmonica.

She was also an avid gardener and delighted in seeing what would come up in the spring.

Tyra had many friends in the community and loved having tea and had many stories to tell.

She was very much an optimist and could often be heard saying, how very fortunate she was.

Many times she said she was going to live to be "100" and that she did!

Tyra lived in her own home on Baker Drive till she was 100 and then moved to Dunrovin for her last year.

She was pre-deceased by her husband Bill, sons Eric and Bill, and granddaughter Angeline.