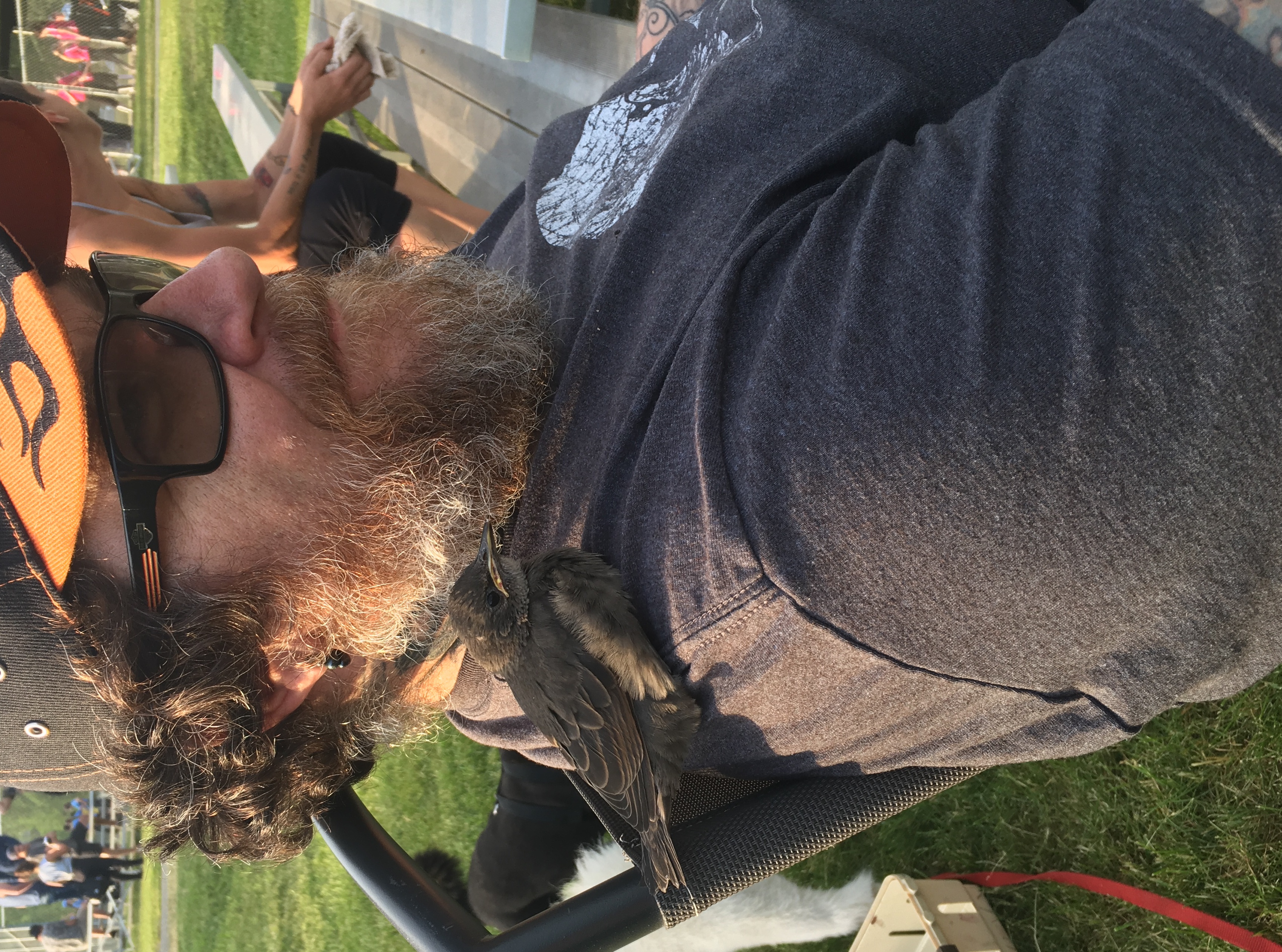 Ian Kell Harding (Mr. Christmas) was born in Sarnia Ontario. He was adopted into a big family, with Two older sisters and an older brother. Ian was the baby of the family and as precocious as you must imagine a young Ian to be if you knew him well. Ian always spoke of his older siblings so fondly, Karen getting him his first job, Lynn carrying him around like he was her little baby, and Mark who he looked up to so. He spoke even more often of his mom Betty. How hard she worked and how much healthy food and of her giant garden they ate off year-round. Ian grew up in an area of Sarnia known as Bright’s Grove and what an amazing place that was. Just steps from Lake Huron and miles and miles of beach. Ian grew up on the water. Ian had an adventuresome youth, he loved to remember the grateful dead concerts and many other legends he saw with friends, and the adventures that ensued on those many road trips.

Ian met and married his first wife Candace and moved with her across the country to Quesnel B.C. in the late 90’s. Candace would later move back to Ontario and Ian would remain here in Quesnel. Ian made lifelong bonds in those early years in Quesnel. In kitchens especially. Anyone who has ever worked in a kitchen with Ian would easily recall his chef’s temper. It was while he was working as a chef that he met and married his second wife Paula and would make two of the most beautiful humans, their girls together, Jillian and Aaliyah. This marriage did not last, but their tremendous respect to each other as parents has been an example and the work and love they put into raising their children together shows in the strength of character of both girls. Ian is and always was a bit of a lover and a bit of a fighter so it should come as no surprise that Ian would come to meet and marry his third wife Vanessa. Vanessa came to him with a strapping young son of her own. Vanessa loved the girls as her own, and Ian Tristan, and Ian’s family got bigger. Though the marriage did not stay, their friendship did and to this day there is tremendous love. While married to Vanessa Ian changed his careers. He found his true calling, in human services. Ian brought his humour and respect, and compassion and put them to work supporting adults with disabilities. Ian is remembered by all the individuals he served so fondly. It was while working in this field that he met the love of his life, Dawn. Dawn brought with her also two children of her own, Cara and Kolbi, and the miracle that is love occurred and the children bonded as though they had always been, and Dawn and Ian did too. After ten years together they never ran out of stuff to talk about and could talk into the morning hours of the night always. They married on Christmas Eve 2019.

Ian started a new adventure during their early years. He began to work at the local homeless shelter. This changed Ian’s views of the world dramatically and he became a staunch advocate and defender of the rights of all peoples. Season’s house and the staff and management there became so important to him. He had the word loyalty tattooed across his chest and he was fierce and loyal in the defense of his workplace and protective of his coworkers who became friends, who became family. In 2014 Ian joined a start up non-profit biker organization, Bikers Against Child Abuse. Ian rode under the road name Layz, (pronounced lay-z) and went on to become the President of our local chapter. Layz served as president until just weeks before his passing. His loyalty and dedication to the mission of empowering children who have been abused to not be afraid of the world in which they live was perfectly him. Ian had a presence that made you feel safe. You knew immediately he was a bad ass, and people didn’t want any of that, but he also could not hide his kind heart.

Ian eventually let Dawn appease her curiosity in trying to find his birth family. He found his biological parents Gina and Don, as well as Ian’s younger brother and sister Josh and Stephanie. Ian took great joy in being the oldest instead of the baby and in learning about the similarities they all have together. Josh and Stephanie and their young families were a welcome addition to his wolf pack.

Ian had many other very important people in his life, friends that were brothers, far too many to name, His nieces, Erika and Mackenzie, two very beautiful souls that blessed and enriched his life so very much, Ray and Tru, who stayed with Ian and Dawn for a summer while their mom fought forest fires, and Danelle all became a part of Ian’s family when they lived in his home.

Ian was predeceased by his father Grant Harding, and Brother-in-law Tim Mighton.

To plant a beautiful memorial tree in memory of Ian Harding, please visit our Tree Store