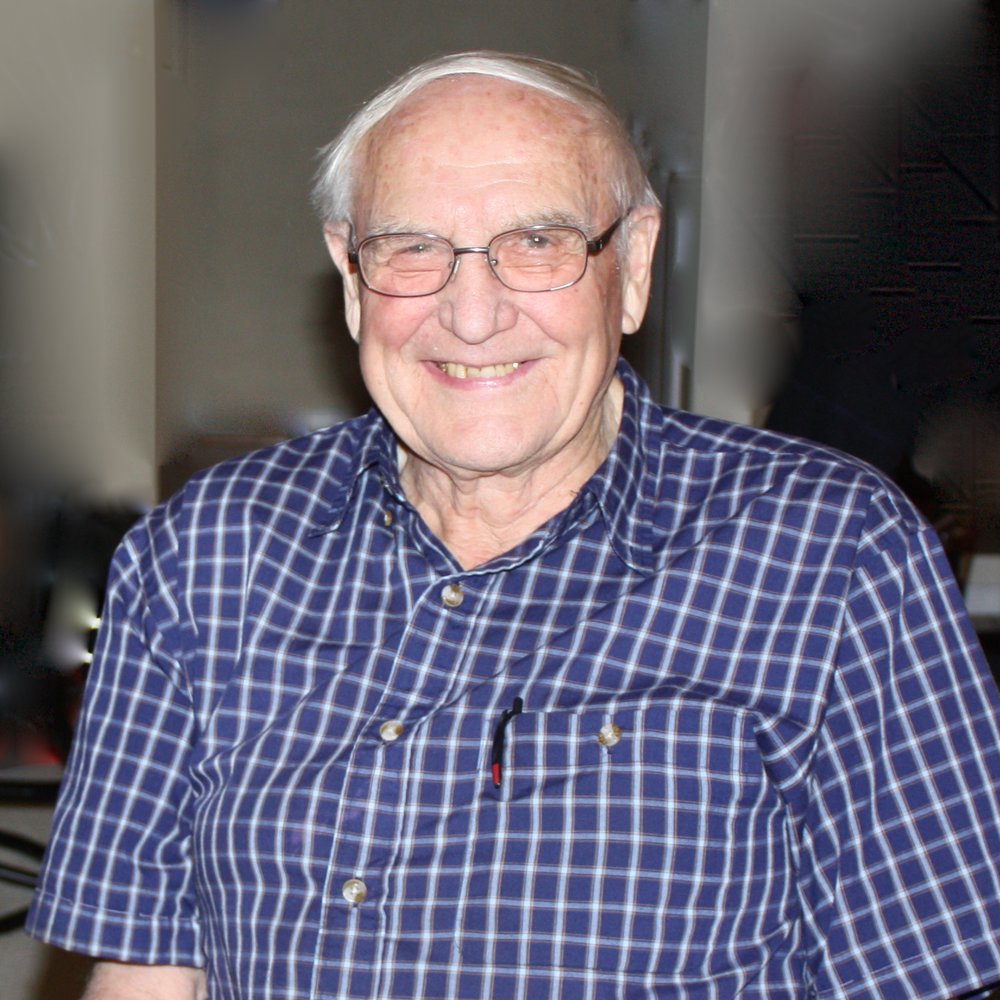 It is with profound sadness that we announce the passing of Waldemar (Bill) Walker, on February 8, 2021, in Quesnel, surrounded by his family.

Bill was the ninth child of Wilhelm and Dorothea Walker. He was born on October 21, 1925, on the family farm at Buffalo Head, Saskatchewan. Having endured the Depression and the harsh prairie winters, the family moved to the warmer climate of the Fraser Valley, where Bill met the love of his life, Lillian. They married on February 21, 1948 and had 64 years of happiness together, until Lil’s passing in April, 2012.

After several years working as a faller in the Chilliwack area, Bill and Lil moved to Quesnel where, but for a brief sojourn in Williams Lake, they lived until their retirement in 1992. Bill initially worked as a faller for Al Garner in Garner Bros. Logging. He liked the work and liked the business and in time, together with his future partners Gerry Howe and Vagn Nielsen, he became a partner in the business. For the next 25 years they logged for Weldwood. In 1988, with Bill’s retirement, they wound down the company.

In 1969 Bill and Lil purchased a farm just north of Quesnel on Hwy 97. There they raised cattle, hay, children, and grandchildren and lived happily until they moved to Salmon Arm in 1992. They left the farm in the hands of their oldest son, Lorne and his wife Shirley, with whom it remains today.

Bill and Lil had four children: Lorne (Shirley), Joyce (Russ) Weber, William (‘Bill’) (Lori), and Shelley (Geoff) Barrow. Those children had, in turn, 10 children, Bill and Lil’s grandchildren – Michelle, Marissa, and Ryan; Kristopher and Trenton; Katie, Lindsay and Ian; Michael and Elizabeth. All of the grandchildren have fond memories of life on the farm and time visiting in Salmon Arm with their Grandpa and Nan. The legacy doesn’t end there, those grandchildren have children themselves. There are (or soon will be) 16 great-grandchildren.

After 20 happy years of retirement in Salmon Arm, and upon the passing of Lil, Bill returned to Quesnel in 2013 where he spent his remaining years.

Bill was a devoted husband, a loving father, and a doting grandfather. He enjoyed fishing, reading, his music, a good game of crib, and his beloved Toronto Maple Leafs. He was happiest when gardening and especially when his grandchildren were able to help him with whatever task was at hand.

He lives on in our memories and in the values he instilled in his children and grandchildren.

Some day when we meet up yonder

In a land that knows no partin'

Blue eyes cryin' in the rain

The family would like to thank all the staff on 2nd floor North at Dunrovin for all the care they have given Bill these past 4 1/2 years.

Because of Covid, a celebration of Bill’s life will be held at a later date.

Donations may be made to a charity of your choice in Bill’s memory.

To plant a beautiful memorial tree in memory of Bill Walker, please visit our Tree Store