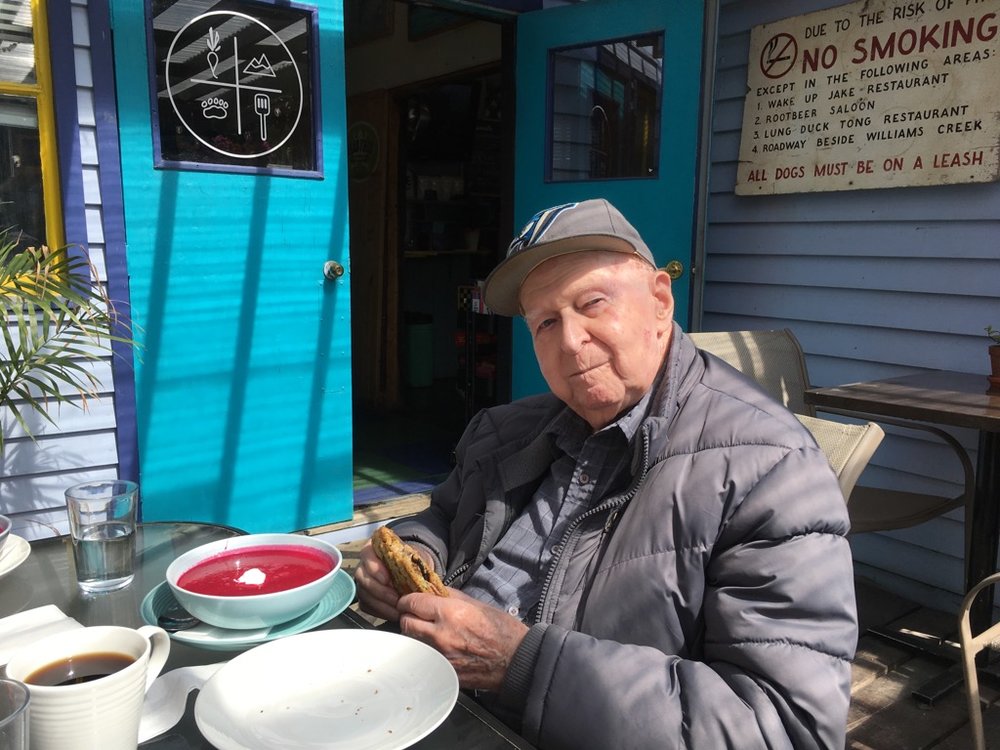 Harold was predeceased by the love of his life, Edna, and by his brother Fred.  He is survived by daughter Shirley (Glen Woollett) daughter Linda Harkins, son in law Mike Harkins, grandchildren Caitlyn (Andrew Harris), Angela Harkins and Derek Harkins and great granddaughters, Emily and Mackenzie Harris. He is also survived by sister Lillian Styan and brother Robert (Bob) Thompson and numerous other relatives.

Harold was born in the G R Baker Hospital and then was taken home to Barkerville. His first fourteen years were spent in the Barkerville, Bowron Lake area.

After leaving home, he worked in Prince George and Prince Rupert before lying about his age to be able to join the army in WW2. Harold was a tank driver in Europe. He was part of the Kangaroos, which was a secret division during the war. The interior of these tanks were emptied to make room to transport infantry to the front lines.

After the war Harold returned to Quesnel and met Edna Graham and they were inseparable till her passing.

Besides family, Harold’s passions included reading and driving (he had over 40 vehicles during his lifetime), and horses.

Harold’s final trip to Barkerville was in August 2019.  He had a great day with nephews Ron Styan and Denis Ford and great niece Candice Ford.  He was so happy to be able to spend some time with the horses.

The family would like to thank Dr. Jawanda and all of the staff of the 3rd Floor of G R Baker Hospital.

We hope Harold and Edna are smiling and dancing together again.

Share Your Memory of
Harold
Upload Your Memory View All Memories
Be the first to upload a memory!
Share A Memory