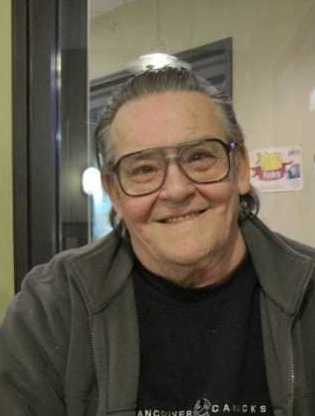 It is with great sadness and heavy hearts to announce, on November 24th, 2020 that Patrick Terrance Pitman passed away at the age of 78. He was a beloved father, grandfather, and friend.

Patrick was loved by so many and as such his memory will forever live on through his family, friends and even strangers. He was an amazing man with an infectious character that would bring a smile to anyone. His quick wit and sharp humor were a staple of the man he was and will be forever in our hearts. Patrick was the kind of person that would make friends with everyone and if you had the pleasure of his company, you were guaranteed to hear a joke or two and even a story of his thrilling and bold life.

Patrick grew up in Montreal, however he spent a great deal of his life on the west coast and eventually into Quesnel where he settled down with his family surrounding him. He was an active man and always made sure he was keeping busy. Whether this was running a restaurant, managing buildings or even trying a new project to create. He would not let anything bring him down and he was admired greatly for this.

He was predeceased by his wife Cathy Pitman and his grandson Tarren Sikkes.

Due to these unforeseen times we are experiencing, there will be a service for Patrick announced at a later date. This will be at a time that all his family and friends can gather to celebrate and reminisce on the life Patrick had.

To plant a beautiful memorial tree in memory of Patrick Pitman, please visit our Tree Store

Share Your Memory of
Patrick
Upload Your Memory View All Memories
Be the first to upload a memory!
Share A Memory
Plant a Tree