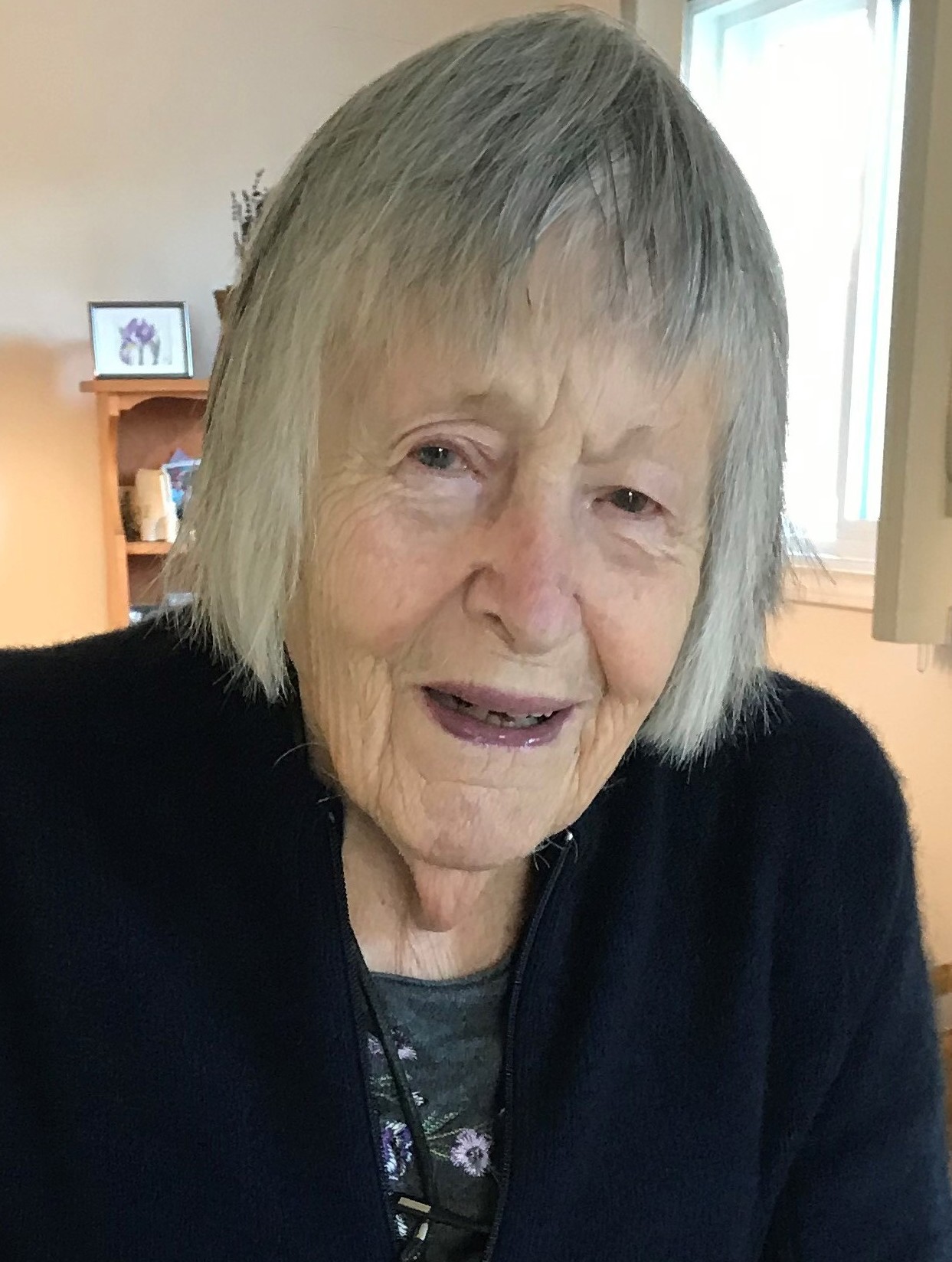 Moira passed away peacefully at home, surrounded by her much-loved five children.

Moira was a true child of the Cariboo-Chilcotin. Her parents, David and Annie Melville, lived in Alexis Creek when Moira was born, where her father was the ranger. They moved to a small farm in Alexandria when Moira was five and that is where she lived until she left home at 20 to attend teacher training at UBC. Her remote and lonely upbringing forged in Moira a strength of character and resilience that sustained her throughout her long life.

Moira was a teacher at Bouchie Lake School when she met John Clayton, a veteran of WW 2. They married in 1950 and settled in Quesnel where they raised their family. Moira was active in many groups over the years, especially the Legion Auxiliary, Eastern Star, TOPS, and the Quesnel Arts Society. She was also an avid patron of the swimming pool at the rec centre and was a popular member of the deep-water running group well into her 80s.

Moira was never wealthy, but her life was rich with many friends and a close family. She laughed readily, listened well, and made new friends easily. She was predeceased by her husband John and one son-in-law, Bob Savard. She is survived by her children, Jacquie Savard, Eva Mellor (Don), Barbara Paterson (Ron), Mary Clayton (Karl Klassen), and David (Lori Campbell). She was also a loving grandmother to eight grandchildren and a proud GG (great-grandmother) to six.

A celebration of life will be held when gatherings are allowed again.

To plant a beautiful memorial tree in memory of Moira Clayton, please visit our Tree Store

Share Your Memory of
Moira
Upload Your Memory View All Memories
Be the first to upload a memory!
Share A Memory
Plant a Tree