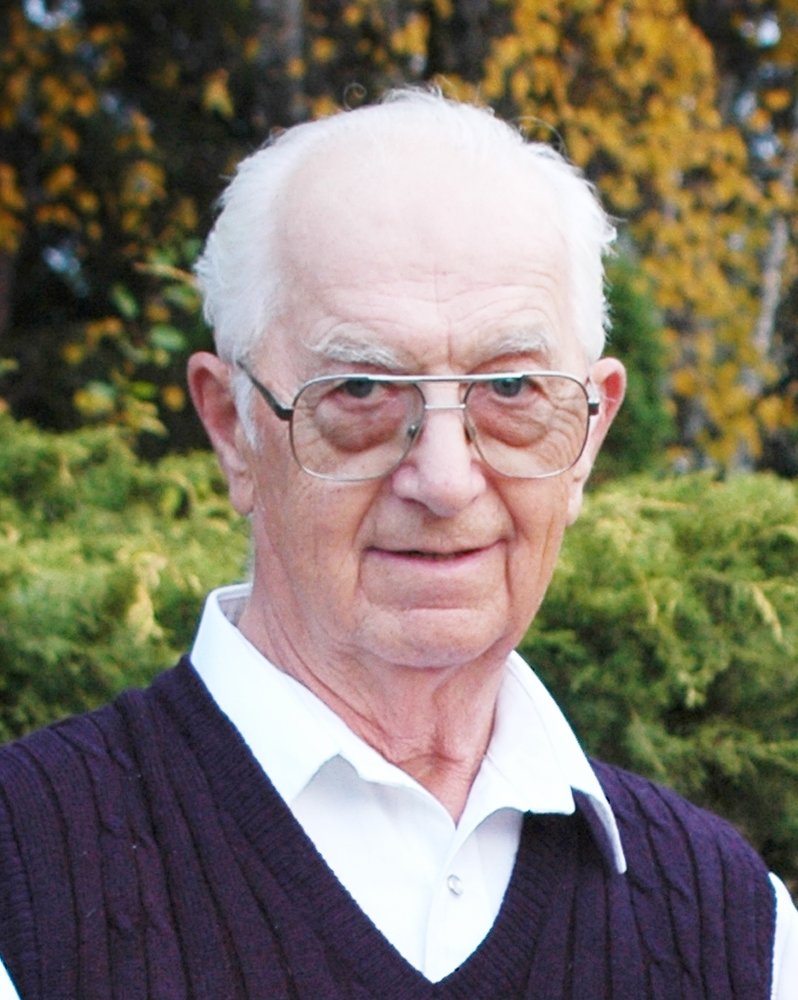 Our family is saddened to announce the passing of Joe Kopetski on November 13, 2020. Dad passed away peacefully, with his family at his side, at the age of 94 (and a half). Joe was born in Melville Saskatchewan to Josef and Katherina on April 10, 1926. As a young man, Joe farmed in the Loon Lake, Saskatchewan area. He and lrene were married in 1945. Joe, lrene and Joyce moved to Kelowna in 1947. Joe worked at a variety of jobs to support his growing family. In 1952, the family, which now included Elmer, David, Judith and Rosemarie, moved to Quesnel and settled in Moose Heights where MaryAnn, Elaine and Janice joined the family. Joe drove grader for the highways department, started logging and a gravel business. Mom and Dad also ran a community grocery store with Royalite gas pumps in Moose Heights. Joe Kopetski's gravel trucks soon became well known on the roads of Quesnel and area. Dad always appreciated the support of the people and businesses in Quesnel.

Dad sold the business and retired in 2001. Retirement was not for Dad so he returned to farming. Hay fields, cows, pigs, chickens and horses filled his days. Dad was happy to have horses again. He made many life-long friends. The coffee pot was always on in the little kitchen at the farm. Dad's favourite things included playing cards, visiting with family and friends and Mom's potato pancakes.

Joe was predeceased by his wife lrene, his son David, his sons in law Jim McKenzie, Mike Standbridge and Stan McKay, his sister Kay Meise and his brother Bill Kopetski.

Joe is survived by;

His brother in law Allan Morgenstern and his sisters in law Berna Yager, Coletta (Dale) Telford and Ann Yager.

Our family would like to thank the staff at Maple House for Dad's excellent care and the help and kindness they gave Dad and us during his passing. He loved the staff!

A celebration of life will be held at a later date. ln memory of Dad, donations may be made to BC Alzheimer's Society, Dunrovin-Maple House or a charity of your choice.

To plant a beautiful memorial tree in memory of Joe Kopetski, please visit our Tree Store

Share Your Memory of
Joe
Upload Your Memory View All Memories
Be the first to upload a memory!
Share A Memory
Plant a Tree