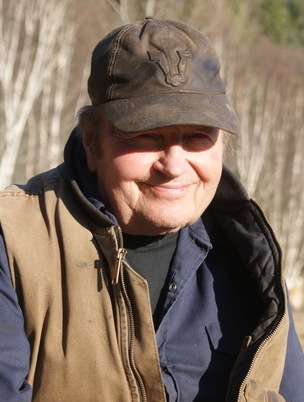 The family of Allan Brigden regret to announce his passing on Sept 26th, 2020 at the age of 87. Allan is survived by his wife Elsie, son Alex Brigden and daughter Louise (Barry) McKillican, 6 grandchildren and 4 great grandchildren.

Allan was born on September 3rd, 1933 in Edmonton Alberta. He was adopted by his parents Lillian and Lorn Brigden and moved to a logging camp in Mission BC. They later moved to the Okanagan.

In 1948, Allan and his parents moved to Beaver Valley, just outside of Horsefly. This is where he would meet Elsie and be married in 1957. Allan’s first job was with the forestry service in Horsefly and then they moved to Williams Lake to work for BC Hydro. He would man a crew of approx. 75-100 people which cleared the hydro lines between Williams Lake and Quesnel. He did all of this at the young age of 24.

In 1958 Elsie and Allan moved to Quesnel where he became the Roylite agent (Bulk gas station).

Shortly after, his first child Alex was born in Williams Lake. Then in 1961, Louise was born in Quesnel. In 1963, Allan and Elsie started their ranch at the north end of the airport and in 1970, he became a full-time rancher with Elsie by his side. They would farm at this location until 1988 and then moved out to Morris RD, the old Smith ranch. They would farm in this location until 1994. In 1995, they moved to a small farm on Hanson Pit rd. For the past 25 years, this would be Allan and Elsie’s home. Allan’s other business adventures include Brigden Manufacturing, Brigden Maintenance and owner of the building that houses the Occidental.

Allan worked the farm up to his last day, along with Elsie and his Grandson’s Brian and David.

His knowledge, stories and unconditional love will be missed by all.