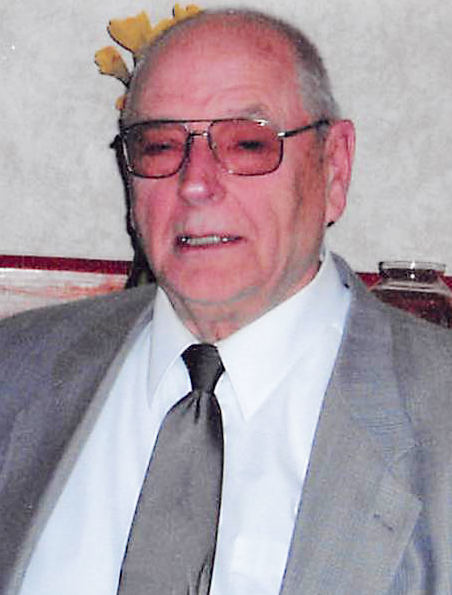 Ed was born in Kinley, Saskatchewan and moved to BC in 1948.  Ed worked in both the logging and construction industries.  He met Eleanor and they were married in 1953.  He drove 18 wheel trucks from 1953 to 1968, which took him over most of the roads within Canada and the United States.

In 1969 Ed went to work for Weldwood of Canada in the Stores & Purchasing Department until his retirement in 1990.

Many will remember Ed for his passion of long-haul driving and teaching through Adult Education both the Class 1 License and Air Brakes program.   As well, he was involved in the community serving as a Director on the Board of Dunrovin Park Lodge and active with Community Policing.

After retirement Ed had a circle of friends who he would regularly meet for coffee and tell stories with.

The family extend their heartfelt thanks to Dr. VanDyk and Dr. Fine, to Kori  Byrd, the nursing team and to RCMP Officer Josh Nutley.   We would also like to thank everyone for their calls, flowers, cards and support at this difficult time.

In honouring Ed’s wishes there will be no service.

In lieu of flowers donation may be made to Maple House at Dunrovin Park Lodge or a charity of your choice.

To plant a beautiful memorial tree in memory of Edward Wild, please visit our Tree Store

Share Your Memory of
Edward
Upload Your Memory View All Memories
Be the first to upload a memory!
Share A Memory
Plant a Tree