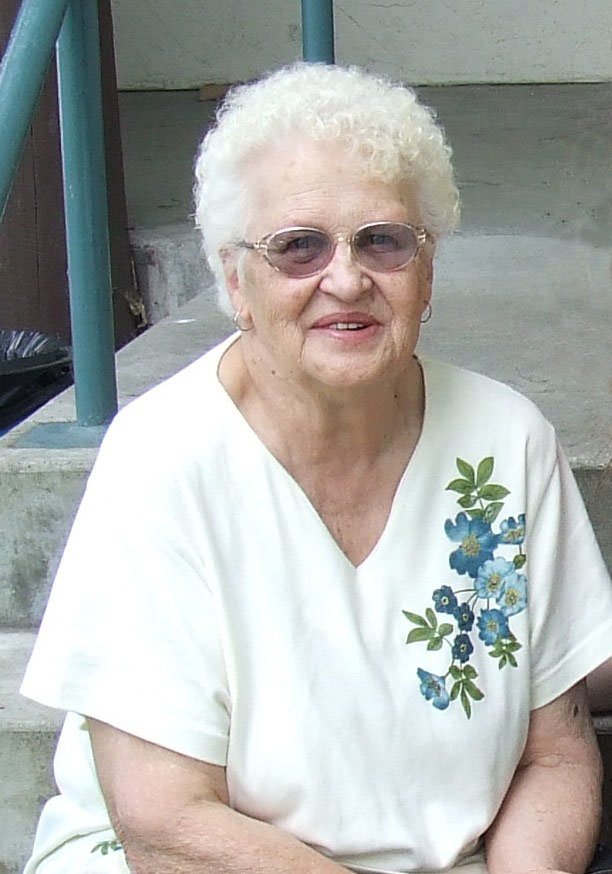 Fern was born on January 7, 1928 in Cando Saskatchewan to Jennie & John Thompson who were cattle & sheep farmers. Fern grew up working hard on the farm tending to the cattle and sheep, very often having some of them in the house nursing them back to health.

In the spring of 1969 Bill had to travel outside of Vancouver Island in search of employment and that search brought him to Quesnel and by the early summer of that same year Bill had bought a house on Blackwater Road in Bouchie Lake and moved Fern and the children up and it would be that home that Fern stayed in until she had to move into the Dunrovin Park Lodge in 2015 at the age of 87.

Some of Fern’s biggest loves (other than her grandchildren) was birds which was very obvious if you stopped by her house as there would be at least 10-15 feeders and Christmas was another big time for her as she loved decorating her tree and it had to be perfect and if you moved one ornament she would know it was out of place and once grand kids came along it just multiplied the fun and she loved spoiling them and looking at the notes they left her in the Sears Christmas Catalogue.

Many Bouchie Lakers will remember Fern as being at Rocky’s everyday for her tea and listening to the local gossip, we will be forever grateful to the Rocky’s gang for treating mom so special.

To plant a beautiful memorial tree in memory of Fern McDonald, please visit our Tree Store