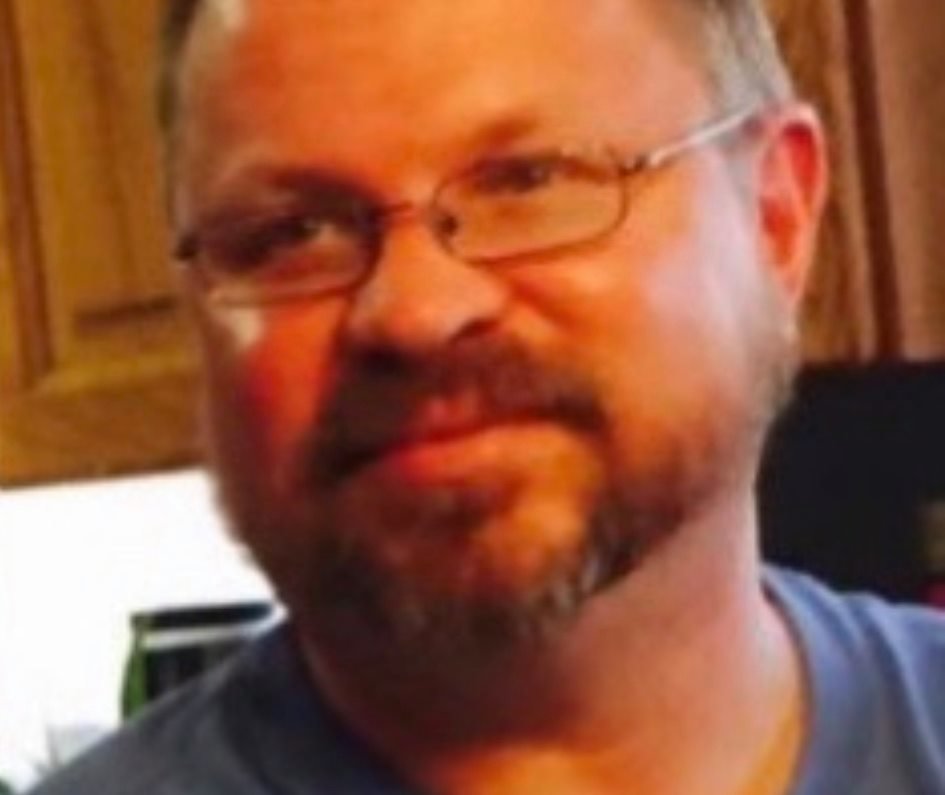 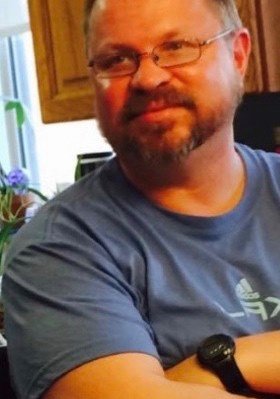 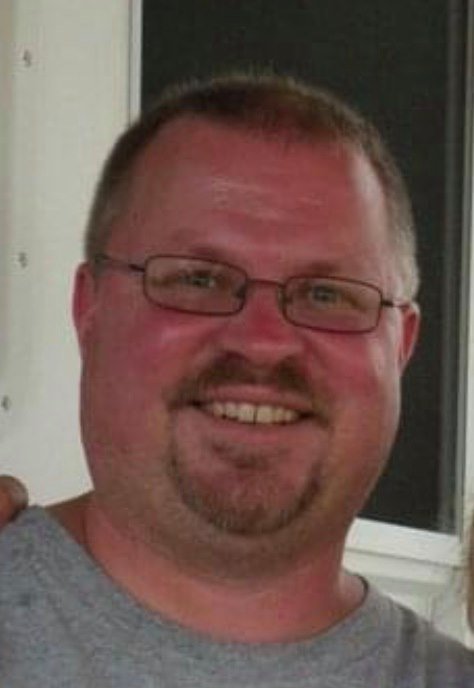 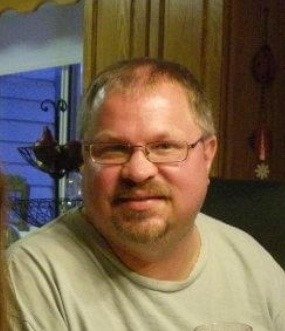 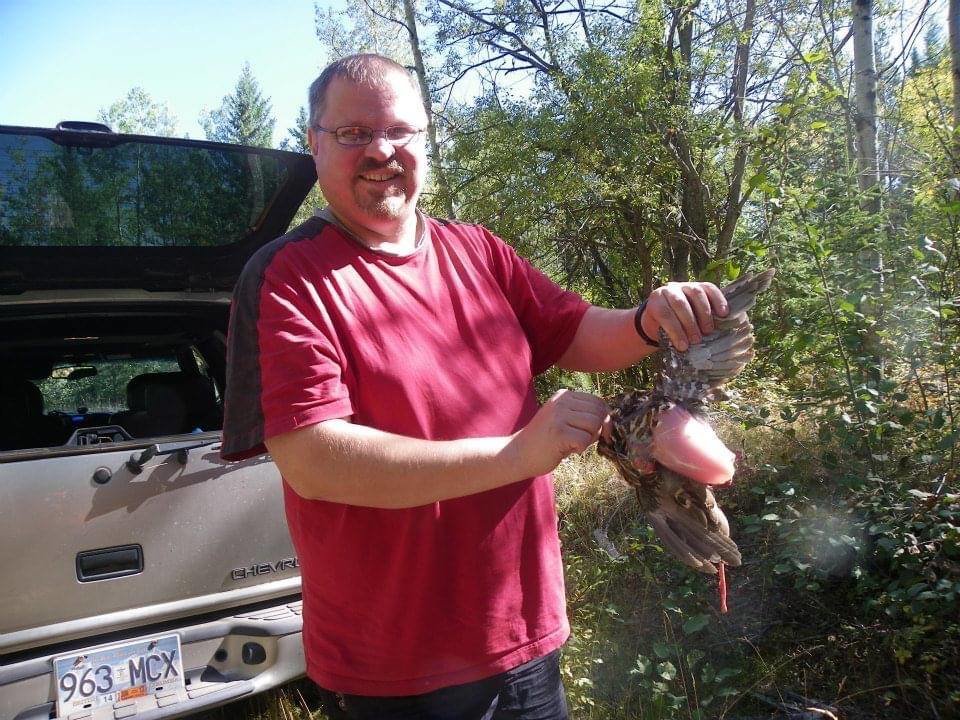 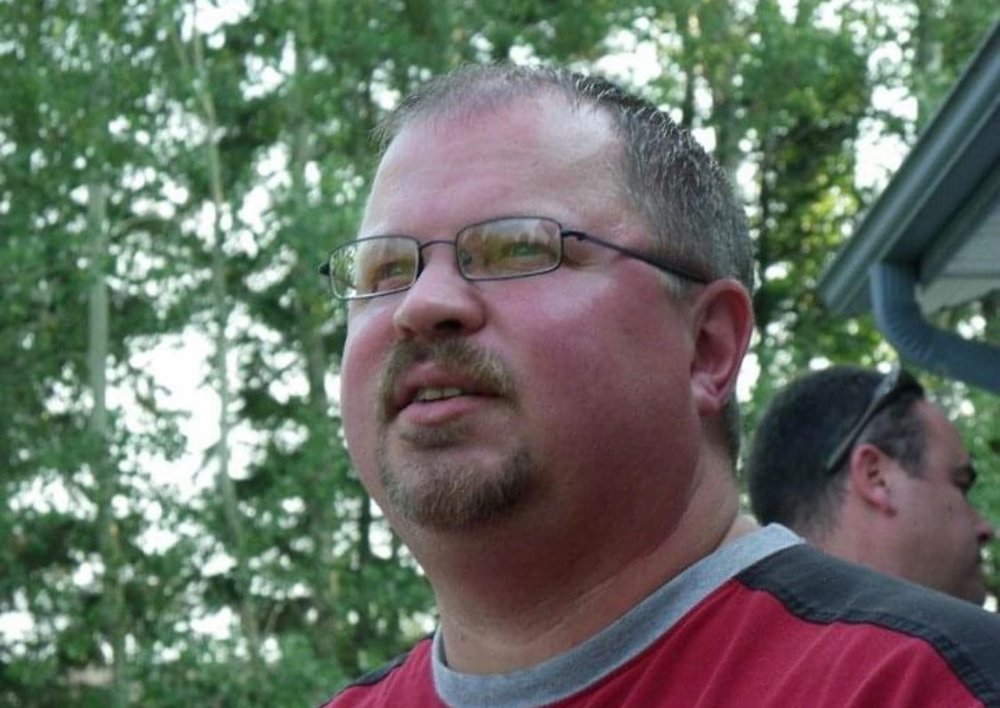 On Monday, August 3, 2020, Raymond (Ray) Eric Vahaaho passed away unexpectedly at G.R Baker Memorial Hospital in Quesnel, BC. He was 47 years old.

Ray was born on March 24, 1973 in Thunder Bay, Ontario to Topi & Vappu Vahaaho. Ray grew up and took all his schooling in Thunder Bay. To him, this was home.

He was predeceased by his father, Topi Vahaaho, as well as his grandparents, Valio & Hanna Vahaaho, and Erkii & Siiri Latvio. He is survived by his daughters, Erica & Emily (his pride and joy) Vahaaho of Quesnel, his wife, Judy Sutton of Quesnel, his mother, Vappu (Latvio) Vahaaho of Thunder Bay, his sister, Christina Kantyluk (John), and his niece and nephew, Katie & Derek Kantyluk of Thunder bay.

He decided to further his education after graduating from Hammarskjold High School in 1991. He received his business degree from Lakehead University of Thunder Bay in 1994. Just before he graduated, he made the decision to cut his long, 80’s mullet styled, hair. He believed he resembled James Hetfield, lead singer and front man for the heavy metal band Metallica, but he felt that if he was going to be a respected businessman, he had best look the part. So, off the hair came and the leather jacket was hung in the closet. Despite the change in appearance, he kept the heavy metal music flowing through his veins.

He married Judy Sutton on September 28, 1996 and they later had two daughters - Erica Lynn and Emily Beth. Ray loved his daughters unconditionally and was extremely proud of them and their accomplishments. His world revolved around being their dad.

Ray was a true, but quiet, head banging, heavy metal rocker to the core. Two of the best inventions in Ray’s world were the cell phone, and bluetooth speaker. He was well known for quietly asking to add a couple of “metal songs” to a party host's playlist so they could blast out across a room of party goers. As he would say “cause this is what ya do!” He was also a master at “name that tune” and was very difficult to beat. One of his passions was finding and sharing new music with the friends in his circle.

Ray was recruited by West Fraser Mills Ltd. in 2005. He, Judy and the girls decided to make the big trek West, and the Vahaaho family moved to Quesnel, BC that year. He loved his career with West Fraser. Ray Was one of the quieter traders on the sales floor. But Ray’s calm, cool, collected demeanor and presentation in no way meant he was a pushover, or that he was not engaged. In fact, it was just the opposite. Ray was razor sharp. He could read a market, see trends and analyze decision outcomes quickly and accurately. He rarely made a mistake. He didn’t get into the daily banter back and forth between most of the traders on the floor, but when the time was right, he would toss out one of his famous one or two liners that would stop most everyone in their tracks. He was a true asset to the company.

Although Ray took his job seriously, he was also extremely funny and enjoyed good humor. He was known to attempt to do animal impersonations which would have the traders sitting immediately around him laying on the floor in laughter. His moose impression was second to none. And on special occasions he would give his rendition of the accent from his Finnish heritage. If compared to the Swedish baker on the Muppets, the fight was on. His family has fond memories of his Finnish accent. On one rare occasion he politely offered advice to his manager at the time, regarding the heating system in the new sales wing of the head office when it opened in 2006. The boss was having issues controlling the temperature properly on the new large floor that has high ceilings and a lot of windows. During the closed-door morning sales meeting, Ray had had enough of what was being said and offered his advice – “Ya know, I have the coolest device at my home. It’s called a thermostat. It just hangs on the wall unassuming. All ya do is set it to the desired temperature and LEAVE IT ALONE. And BOOM. It does all the temperature work for you! Like magic!!” This was the one and only time that Ray ever received the death dart stare from a boss at West Fraser.

Along with humor, came laughter. Ray had a signature laugh which was audibly quiet, but visually was stellar. His physique was of the type that caused his entire body to move when he laughed. While seated, he portrayed the appearance of a child being bounced on Grandad’s knee. None of us will ever forget it.

He loved the outdoors and enjoyed camping, fishing and hunting. He had his favorite “chicken” (grouse) spots and deer hunting spots of which he went to every season. After the passing of his father, he was proud to be holding his Dad’s gun as his trusty weapon of choice. He was even more proud when his daughter Emily tagged along on his hunting excursions and the early Sunday morning departures. He got a kick out of teaching her how to aim a gun. The rifle had to be laid out on the open tailgate of the truck so Emmi could cover one eye with her hand while focusing with the other to then squeeze the trigger. Always fun, but more rewarding when dinner came home in the truck with them.

Every summer he would take his family back to Thunder Bay to visit his family and loved ones, driving the entire way. To many, his trek was insane but to him, he counted down the sleeps until it was time to shove off and head home. He enjoyed spending time at his family’s camp and his proud Finnish heritage would come out as he would spend hours in a wood heated sauna and jumping into the lake. He loved to heat the sauna so hot that he’d end up cooking his sister Chris right out the door. (The word “Sauna” was always up for much debate on the sales floor at work. In the west we know this as a “saw – naw” but to Ray this was completely and utterly incorrect. The correct way to pronounce this was “Sow (as in female pig) naw!” (You westerners just don’t have a clue” he would quip).

Ray was the master of the BBQ, both gas and charcoal, and of the smoker. He watched cooking shows all the time and was always excited to try new recipes. Recipe sharing was an event to him, especially when shared afar with his sister. He often would be seen walking from the lunchroom back to his desk with something in his hands. “Hey Ray.......whatchya got there?” would be asked by someone on the floor and his reply would be standard “Oh....this would be a meat type product I created last night”. If you were lucky enough, he would share the awesomeness he held in his hands. His daughter Erica was always by his side while in the kitchen. One of the things he taught her was to make lasagna. He told her “the Italians might not like it this way because mine is better!” The Italian cousins liked his rendition just fine.

By his friends, peers and coworkers - Ray is described as a true gem, an honest man and a proud man who was heavily respected. He is also noted for “when he spoke you had best be listening because anything he said was worthy to hear.”

Ray’s wishes were to be cremated. His remains will head back home to Thunder Bay, Ontario where he will rest beside his father at the Riverside Cemetery.

His death has left a massive void in all of us today, and forever, but we are all better for the honour of knowing him. He is, and always will be, deeply loved and missed.

In Ray's memory, a trust will be set up for his daughter Emily, who is about to start her 8 years of education to become a lawyer. For information on how to contribute, please email: inmemoryofrayvahaaho@gmail.com

A service in his honour will be held at a later date in both Quesnel and Thunder Bay.

To plant a beautiful memorial tree in memory of Raymond Vahaaho, please visit our Tree Store

Share Your Memory of
Raymond
Upload Your Memory View All Memories
Be the first to upload a memory!
Share A Memory
Plant a Tree