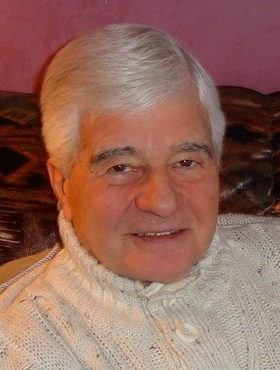 David passed away quietly in his home on June 26th, after a short battle with brain cancer. He is survived by his wife Paula Barrett, and his two daughters, Kristy Reeve (Jim) of Quesnel and Trina Barrett from Crossfield Alberta. He also leaves behind two grandchildren – Vikki Gensorek (Cassie) of Fort Mac, AB, and Andrew Reeve, Quesnel.

David was much loved by his family: we had such good times together with lots of laughter. He was an uncomplicated man who let you know straight out where he stood: yet with such humor. He enjoyed all kind of sports; and was an excellent hockey player right up into his late 60s. His favorite pastime aside from hunting; was coffees at Granville’s with his friends and visiting with whomever he would meet on the streets of Quesnel. David was a kind hearted good natured man who spread smiles wherever he went...he was well liked and will be sadly missed.

His Celebration of Life is planned for Saturday, July 25th at 1:00 at New Life Church, 2244 Ash Avenue, Quesnel BC.

Gathering of Friends and Family

Share Your Memory of
David
Upload Your Memory View All Memories
Be the first to upload a memory!
Share A Memory
Plant a Tree