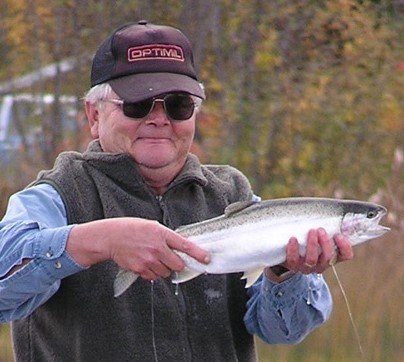 Plant a Tree
Share this Tribute:
Share Obituary:
Share Your Memory of
Gordon
Upload Your Memory View All Memories
Be the first to upload a memory!

Gordie is lovingly remembered by:

Gordie was predeceased by his parents Jed and Sylvia Campbell and Suzan's parents Bill and Wilma McKerchar.

Gordie will also be remembered by a large extended family of aunts, uncles, cousins, and friends.

Gordie will forever be in our hearts.

Quesnel has always been home to Gord.  He was born here, attended school, worked, built a beautiful log home in the area, raised his family, played, fished, and enjoyed retirement.

Gordie had a deep love for his family, and he was always there to support his children in their activities.  Gord was thrilled when the family was blessed with their grandchildren.  To stay connected with family, Gord and family travelled every second year to .  Gordie and Suzan enjoyed many winter vacations on the sunny beaches of .

Gordie was employed for 37 years with the Ministry of  Forests as a Field Operations Supervisor.

Gordie enjoyed life in the Cariboo.  He played many sports; he golfed, played hockey, curled, archery, but his greatest passions were outdoor activities, camping with family and friends, hunting, and FISHING with his buddies.  This group has created forever memories and lots of tales to tell with their many sledding, hunting, and fishing adventures.  Gordie's special spots were , Beavermouth, , and Bella Coola.

In lieu of flowers, those wishing to honor Gordie's memory by way of donation may do so to the Quesnel Community Foundation.