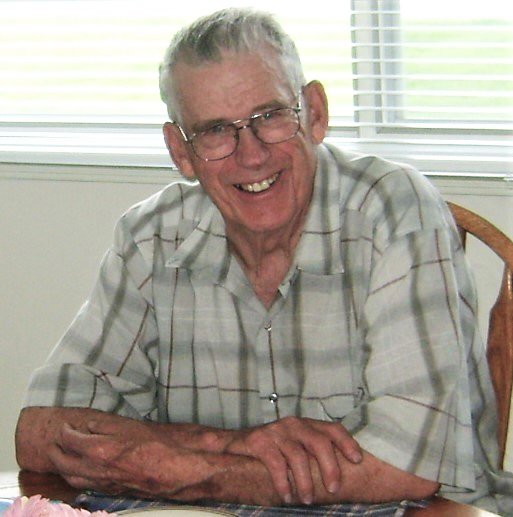 Victor was born in North Battleford, Saskatchewan on June 29, 1931.

Vic worked for G.W. Electric, then as a Parts Man for Johnston Brothers, retiring in 1986.

He fell in love with Quesnel and the Cariboo, referring to is as "God's Country". He enjoyed exploring and traveling on back country roads. Gardening was a pleasure and a passion, he produced vegetables and grew flowers that were the envy of many a passerby.

Picking wild berries was an annual event, resulting in a freezer stocked for the winter. Building skating rinks in the yard, at Carson School and on a pond on Bryce Road, gave many Johnston Sub kids hours of outdoor fun.

Being outdoors, raking leaves, weeding and shoveling snow was his form of exercise and where he spent countless hours. He was always lending a helping hand to the neighbours, chatting over the fence or handing out bags of veggies.

If you were his friend, you were a friend for life. He would give the shirt off his back to help family and friends. Pets were a big part of his life. There was always a dog, cat or bird in the family.

Vic was an avid reader and enjoyed true crime, war, adventure and local history books. Singing as a tenor in the United Church choir for many years gave him and the congregation great pleasure.

Many evenings were spent playing Blackout, Crib, Crazy 8's or board games. This is when his competitive nature and sense of humour was revealed.

His family came first, but his pride and joy was his only grandchild, Ben.

For over 50 years, he and the family and a few select friends spent time on the Cottonwood River searching for agates and driftwood, fishing and having wiener roasts. For him, there was no better place on earth to be.

He was predeceased by his parents, Chris and Emma, and his brother Gordon.

Appreciation and recognition goes especially to Dr. Tudhope, Tiffany, Dr. Aziz, and numerous doctors and caregivers that cared for and treated him.

In lieu of flowers those wishing to honour Vic's memory by way of donation may do so to the Quesnel Palliative Care Association or to the Alzheimer's Society.

As per his wishes, Victor will be cremated. A Memorial Service will be held in the Spring of 2020.