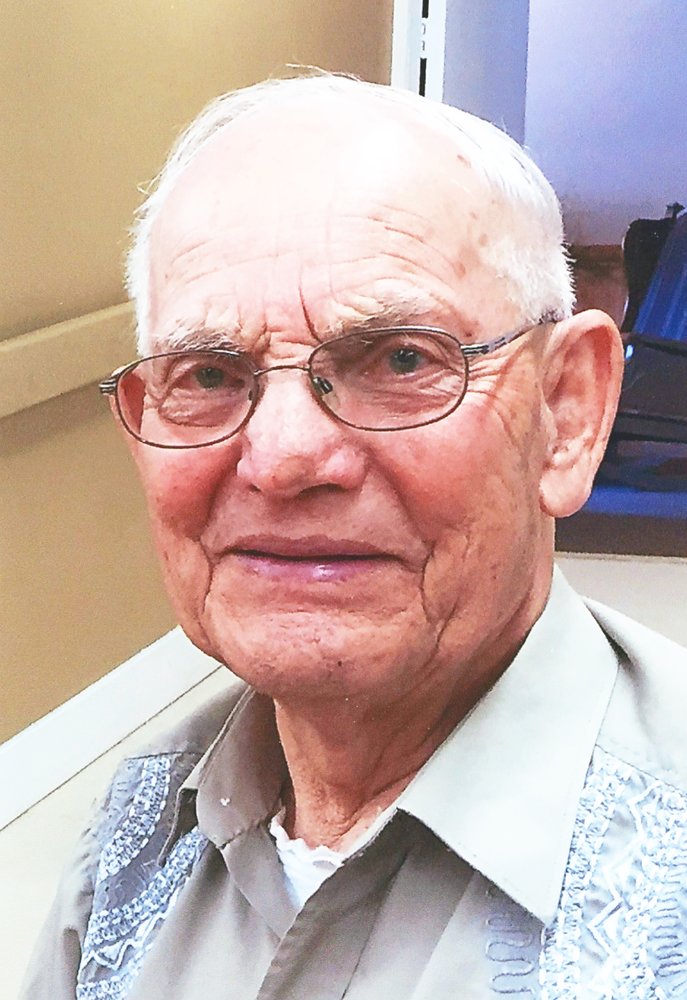 It is with sad hearts that the family of Joseph Megyesi announce his passing into the presence of the Lord on January 30th at G.R. Baker Hospital

Joe was born in Akron Ohio on January 8th, 1925 to Joseph and Mary Megyesi, and later moved to Breman Sask where they farmed and raised many children. The family moved to the Matsqui area in 1947 where they farmed, and Joe began his working life as a truck driver. He delivered coal, heating oil, automotive oil, and then moved up to drive cement truck for Totem Redi Mix. During that time he met the love of his life, Amber, and they were married and had three children. In 1971 Joe and his family moved to Quesnel, where he continued to work for the same redi mix company. When that job was finished he drove school bus for the next 15 years of his life. Later, when he should have been retiring, he was asked to drive truck for United Concrete, and of course he jumped at the chance to get behind the wheel of a big truck once again.

Later in life when he really did retire from a very active job, he took up stained glass work, creating lamps, sun catchers, birds, cars, and novelty items he sold locally at a craft shop. He enjoyed ice fishing in the winter months, and friends can atest to his excellent smoked fish. Joe also took great pride in his garden, much of which he gave away to friends. He was also very involved as a volunteer at the Bethel Pentecostal Church, always cleaning, painting, or repair what ever was needed.

The family would like to thank the doctors and the entire nursing staff, care aids, and LPN's at the G.R. Baker Hospital  for the excellent care they gave Joe during his stay there.

A celebration of life will be held at a later date in the spring.

Share Your Memory of
joseph
Upload Your Memory View All Memories
Be the first to upload a memory!
Share A Memory
Plant a Tree