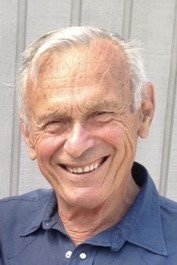 John Soroka, a dear Husband, Dad, Grandpa and Friend, passed away suddenly at 80 years of age on May 9, 2019 at his property and home in Quesnel, BC. John was born as an only child to his parents on January 17, 1939 on his grandparent’s homestead farm in Gilbert Plains, Manitoba. His mother Mary (Gresko) and father, Joseph Soroka, raised John in the Lower Mainland then moved to Quesnel in 1951, where they started a store and gas station at Richbar. John attended and graduated in 1957 at Quesnel Secondary School. John was a beloved husband and best friend to his one and only love of 56 years of marriage, Ferne Sharon Soroka (nee McLean) whom he met at age 21. They married in 1962 in Haven Bay, by Okanagan Lake. He was also a devoted loving father to his daughters, Teresa (Casey Whittet) and Tanya (Troy Ruscheinski). John was a phenomenal grandfather to six (6) grandchildren who loved him dearly and were each very close with him: Vanessa (Szymon Sprenger), Darren, Larissa (Jordan Walker), Teneille, Courtney, and Janae. John had a lasting effect on everyone that he came in contact with as he always had a smile, hug, joke or words of encouragement that made people feel special. His big hands were manly and calloused but still gentle and very warm. John had a deep love, profound respect and appreciation for God and His Son. John’s passing leaves an absence that cannot be filled but our memories will be with us forever.

To plant a tree in memory of John Soroka, please visit Tribute Store
Saturday
18
May

Share Your Memory of
John
Upload Your Memory View All Memories
Be the first to upload a memory!
Share A Memory
Plant a Tree