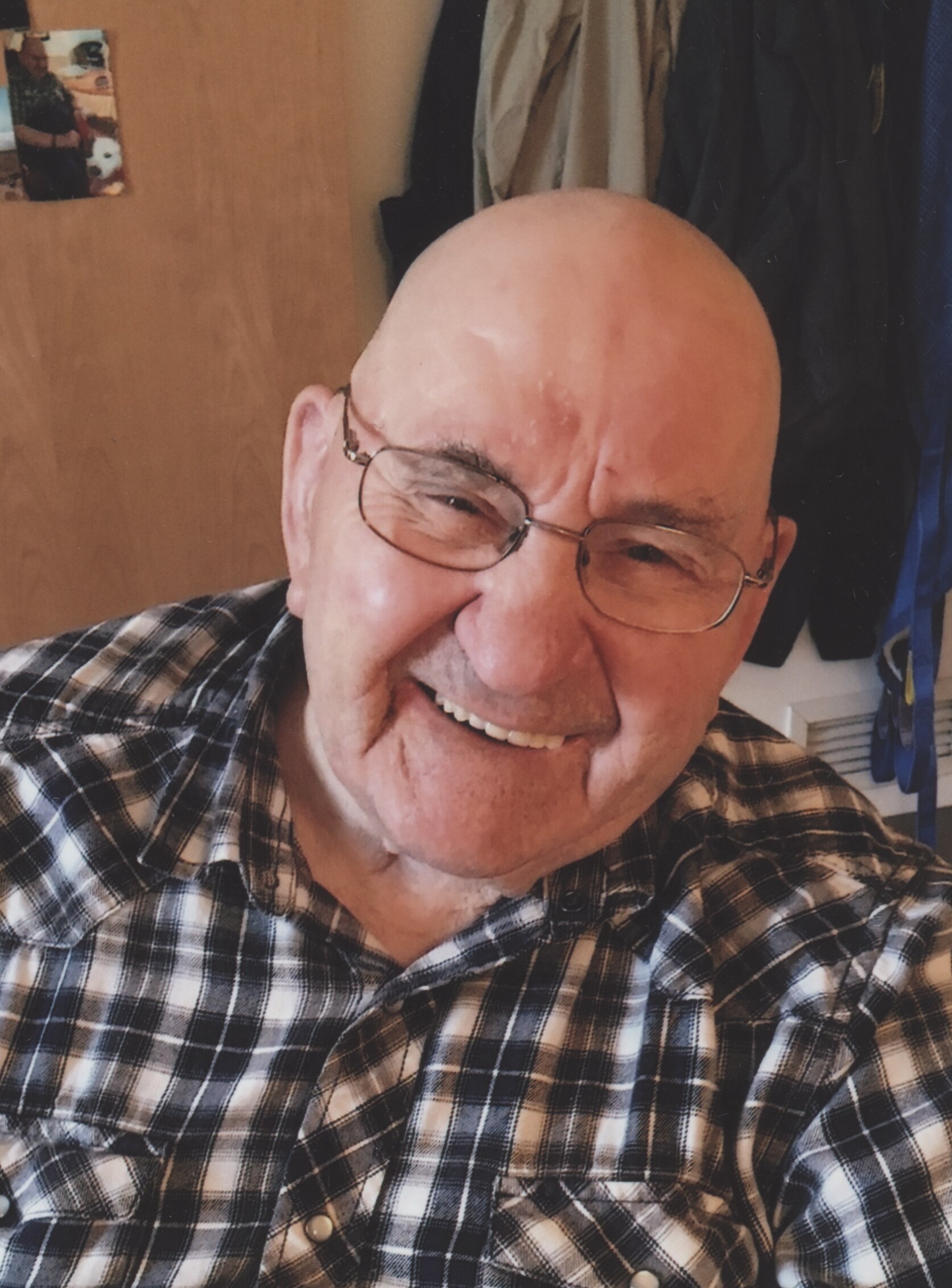 A Memorial Tea will be held for George at Clayton's Funeral Directors Event Hall, Saturday October 9th, 2021 starting at 12:00.

All are welcome. Please come to share tributes, memories and refreshments with George's family.
They would love to see you.

Following the Tea an Inurnment Ceremony for George will take place at Tranquilty Gardens.

George Lorenz was born November 15, 1930 in Macklin, Saskatchewan.  He was the youngest of 14 children, seven boys and seven girls.

In 1951, he moved to Alexandria and worked with his brother at the local sawmill.  After the sawmill closed, he went to work at various jobs.  He worked for a carpenter building quick lock houses, he was an auto mechanic and also drove school bus for a number of years. In 1954 he married Bernice Laviolette and they had 5 children.  They lived in Alexandria until 1965 when he built a house in Quesnel.

When he was younger, he played the banjo, guitar and accordion in bands at dances.  He loved to garden and took great pride growing tomatoes.   He moved into Dunrovin, but continued sharing his green thumb and cared for the greenhouse there.   He lost his leg in 2004, but it didn’t slow him down.  He took up crafts and painted, crocheted, made plastic bags and did leatherwork.  Playing cards was another of his favorite hobbies, especially crib.

He attributed his long life to his daily routine of raw ginger and garlic on cinnamon raisin toast.  He swore by it and preached it’s benefits to everyone.

He passed peacefully at the age of 90 at Dunrovin with family at his side.  He is survived by his sister Mathilda Fleck, children Brian (Jackie), Mike (Iris), Leanne Lorenz and Kathleen (Mike) Legere, 10 grandchildren and 11 great-grandchildren.  He was pre-deceased by his 6 brothers and 6 sisters, his son, Allen Lorenz and grand-son Matthew Lebel.

The family wishes to extend their heartfelt thanks to all for the love and kindness shown to dad throughout his life.  Special thanks to all the staff at Dunrovin Park Lodge and friends Arne and Marlene.